According to the Bureau of Meteorology latest ENSO Outlook, the current neutral El Niño–Southern Oscillation (ENSO) has been raised to an El Niño ALERT. The chance of El Niño developing in 2019 has increased to approximately 70%, around triple the normal likelihood.

The latest WMO Climate Applications and Services El Niño/La Niña Update says, “the Sea surface temperatures in the east-central tropical Pacific were at or slightly below El Niño thresholds in January and February 2019, after maintaining weak El Niño levels during the last quarter of 2018. However, very few atmospheric indicators responded to the warmer than average sea surface temperatures until late January and February, when some finally reached weak El Niño levels in the central Pacific. Around two thirds of the models from WMO Global Producing Centres of Long Range Forecasts predict ocean temperatures to again reach weak El Niño levels during the second quarter of 2019. Given current conditions and model outlooks, the chance of an El Niño event to occur during March–May 2019 is estimated to be about 50–60%. The chance for a strong El Niño is low. The outlook for the second half of 2019 is currently uncertain. National Meteorological and Hydrological Services will continue to closely monitor changes in the state of ENSO over the coming months.”

In Australia, El Niño typically cause reduced rainfall, warmer temperatures and shift on the extremes, reduced tropical cyclones and delay on monsoon onset.

For more information on the BoM ENSO Wrap-Up: http://www.bom.gov.au/climate/enso/ 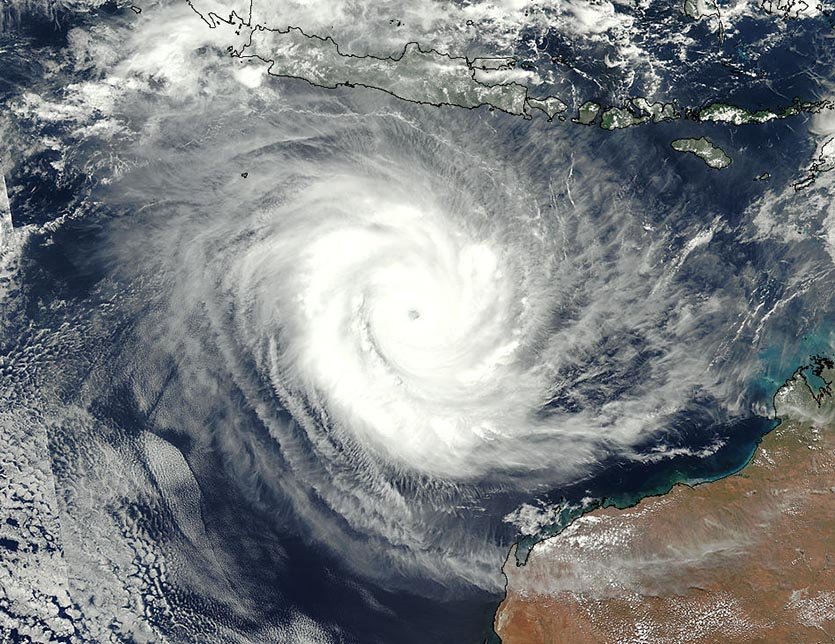 Neutral to weak El Nino conditions are expected through the 2018/2019 Australian tropical cyclone season. These conditions should result in a slightly below average of Tropical Cyclones (TC) over the Australian Region, with about 7 expected and with 4 becoming Severe Tropical Cyclones (STC). Accumulated Cyclone Energy (ACE) is expected to be near the climatological average across the three regions, with about 5-6 coastal impacts across all regions.

The TC season should start mid-November and finish in late April. TCs should be active for a slightly below average number of days during the season. The number of expected TC days is 29.

The lava lake from the top eastern flank of Kilauea volcano on the island of Hawaii vanished on April 30, 2018.  A day later,  red-hot, molten rocks spew from a subdivision 10 miles away.  This episode is the latest eruption of Kilauea volcano, one of the world’s longest continuously erupting volcano.

Kilauea is a shield volcano. Like many Hawaiian volcanoes, Kilauea is made of basalt, a type of lava that flows very easily. Shield volcanoes are built by effusive eruptions which flow out in all directions creating a low-angle slope like a shield of a warrior.  A shield volcano is not dramatic compared to stratovolcano or composite volcano which is conical in shape and characterised by steep towering peak built by many layers of hardened lava.

Kilauea is the youngest of Hawaii’s aboveground volcanoes with two main craters –  one at the summit Halemaumau and Puu Oo, on the eastern flank. For the past years, the eruptions have alternated between the two.

Volcanoes give warnings when they are about to erupt.  The emptying of the Puu Oo crater’s lava lake and weeks of uplift around the crater all signaled that something is building up under the surface.  It was unusual that the new fissures opened up so far from the main vent at Puu Oo. 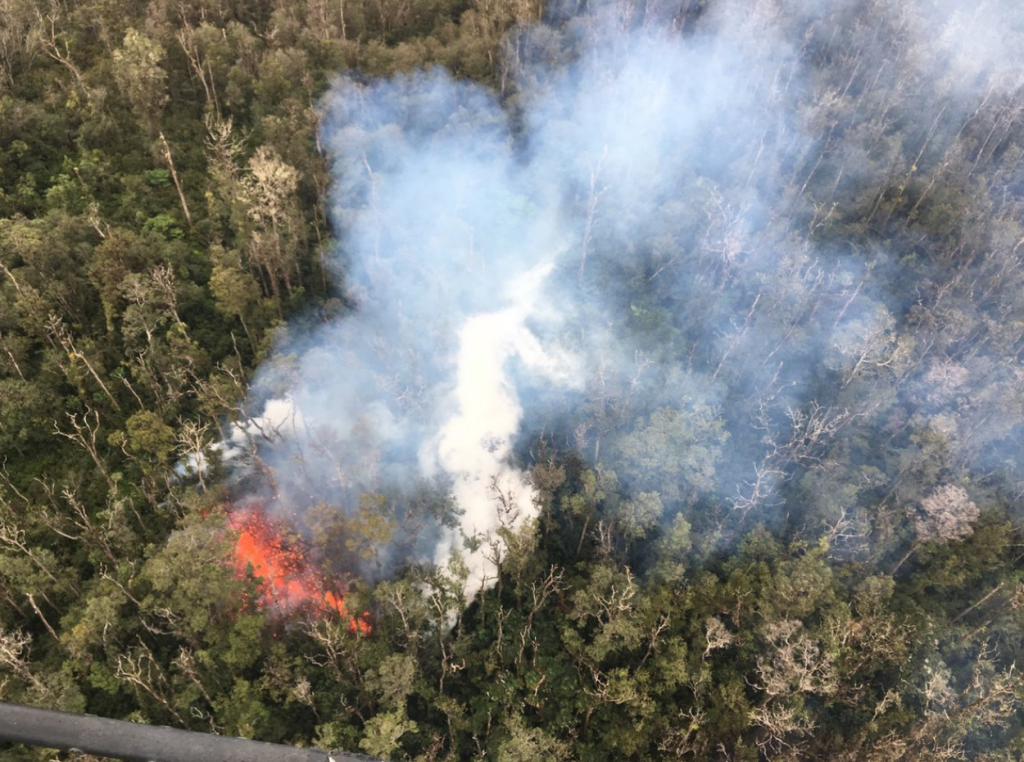 7am May 8, 2018, the Kilauae’s lower East Rift Zone has paused. Gas emissions continue & the fissure system is about 2.5mi long. 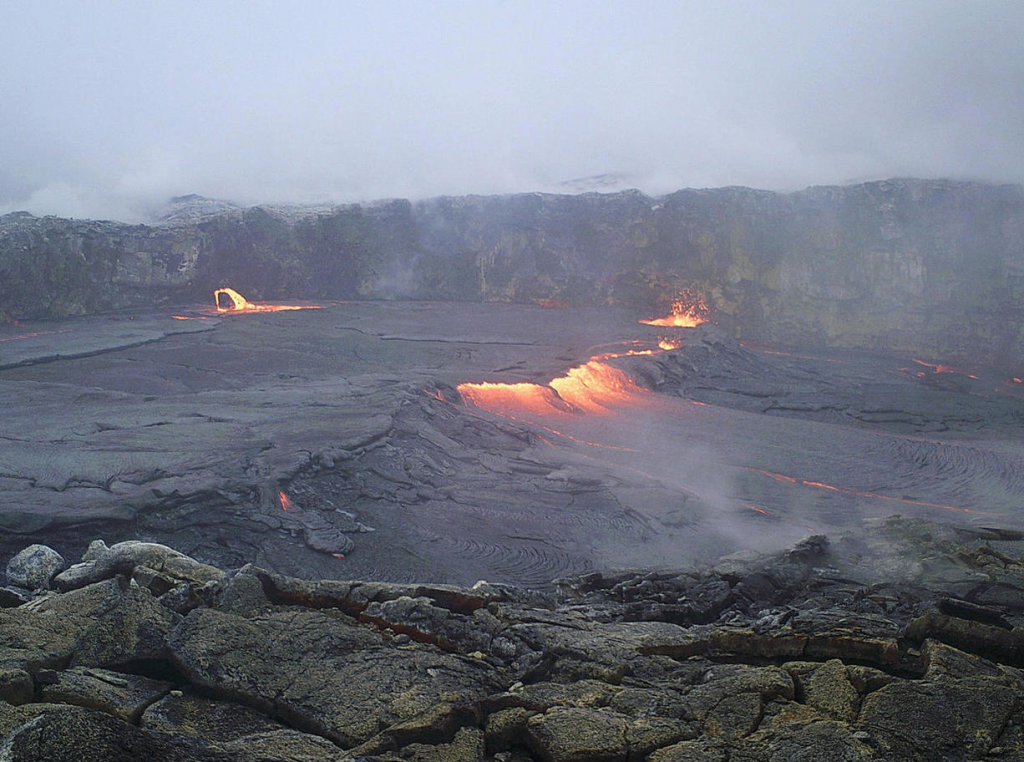 Offshore Weather Services (OWS) Tropical Cyclone Season Outlook for 2018 indicates the expected number of tropical cyclones (TC) over the NW Pacific region is 24, which is close to the long term (1970‐2016) average. The tropical cyclones are expected to be of slightly above average intensity with Accumulated Cyclone Energy (ACE) 113% of normal.

The first 3 months of 2018 have seen negative conditions over the central Pacific, close to the La Nina threshold (‐0.8). The overwhelming majority of CGCM models show the NINO3.4 anomaly increasing during the next few months with the model average becoming positive around July. The average then continues to increase till December but remains below the El Niño threshold.

For more details of the 2018 Northwest Pacific Tropical Cyclone Season Outlook, please click the link below:

Request the download link by entering your details below. According to the latest Bureau of Meteorology ENSO update, the 2017–18 La Niña has ended with the El Niño–Southern Oscillation (ENSO) indicators easing back to neutral levels.  With this development, the Bureau shifted the ENSO Outlook from LA NIÑA to INACTIVE.

Tropical Low OWS06S18 has developed SE the Bonaparte Gulf and is expected to track southwest and slowly intensify as it remains over land in the northern Kimberley. TL OWS06S18 is expected to move offshore just north of Broome on the 16th and intensify more rapidly becoming a Category 1 Tropical Cyclone in the evening.

Available numerical models are in a spread from the 17th but the consensus indicates the system will become slow moving as it gradually intensifies on the 17th-18th.  It is expected to track SSE-SSW and should make its landfall near Port Hedland on the 19th. According to the BoM latest Drought Statement, above average rainfall for Western Australia eases deficiencies across WA but remain along the coast of Pilbara and Gascoyne. The Australian Open is a mid-summer event in Melbourne and will always have days of scorching temperatures of 40 degrees Celsius and over.

The tournament’s extreme heat policy calls for the roofs to be closed on the main show courts and play to be suspended on outer courts when the temperature reaches 40 degrees Celsius (104 Fahrenheit) and the wet-bulb globe temperature (WBGT), which takes into account humidity and wind speed, reaches 32.5 Celsius (90.5 Fahrenheit).

The high temperature Friday marginally reached 40 degrees Celsius, but the wet-bulb temperature remained below the 32.5 Celsius threshold, so play was not halted.